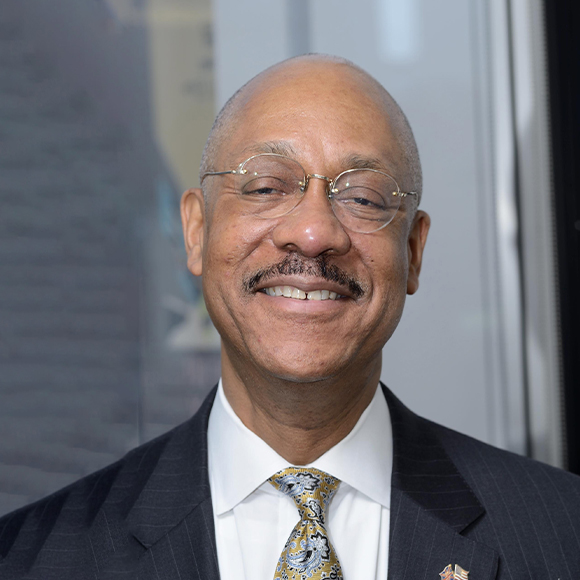 J. Michael Kirkland, CPA, CGMA is a veteran financial executive with over 30 years of experience in accounting, industry, consulting and business development. He also serves the CPA profession with distinction, lending strong and visible leadership to professional and student groups.

J. Michael is the founder of JMK Consulting, where he currently serves as a strategic and technical advisor to executive management clients. Before starting the firm, he held senior executive positions at Deutsche Bank AG that included Director in the Global Head Product Governance Operational Risk Management Group Policy, Regional Head of New Product Approval in the Operational Risk Management Group – Americas, and a Director in the bank’s Accounting Policy and Advisory Group.

Prior to joining Deutsche Bank, J. Michael worked at the Bankers Trust Company and JPMorgan Chase in New York and London. He began his accounting career at Arthur Andersen & Company in New York.

J. Michael has been a member of the New York State Society of Certified Public Accountants (NYSSCPA) since 1982. He served as the 2013-14 NYSSCPA President. In addition to serving as President and President-Elect, J. Michael has served on the NYSSCPA’s Executive Committee several times and as Vice President of Professional Issues. He has also chaired several NYSSCPA committees and task forces. J. Michael served as the 2007-08 NYSSCPA Manhattan/Bronx Chapter President. He is currently the Fundraising Committee Chair for the NYSSCPA’s Moynihan Scholarship Fund, serves on the Fund’s Board of Trustees and is the 2020-21 NYSSCPA’s Moynihan Scholarship Board of Trustees President. J. Michael also served as the 2017-19 Chair of the NYSSCPA Sustainability Committee and as a member of the Accounting and Auditing Oversight Committee. He currently serves on the NYSSCPA’s Foundation for Accounting Education Board of Trustees, Auditing Standards Committee, Sustainability Accounting and Reporting Committee, Diversity and Inclusion Committee, and the Foundation for Accounting Education Curriculum Subcommittee.

J. Michael is also a member and President of the Accountants Club of America, serves on the Board of Governors and Advisory Board, and is the Chair of the Strategic Alliance & Sponsorship Committee.

J. Michael is also active in his community. He is a Board member of the Sustainability Investment Leadership Council (SILC), a Bronx Community College (BCC) Advisory Board member in its Business & Information Systems Department, and a United States Secret Service Electronic Crimes Task Force member for New York and New Jersey.

J. Michael is the recipient of the National Association of Black Accountants 2013 National Achievement - Public Accounting Award. He was also awarded the NYSSCPA’s 2011 Outstanding CPA in Industry Award, which recognizes CPA financial executives with records of outstanding professional achievement in a private business or industry. In 2014, he received a Maryland General Assembly Official Citation from the Baltimore City Legislature in recognition of his accounting leadership, hard work and dedication. J. Michael received the NYSSCPA’s 2019 Distinguished Service Award in recognition of his dedicated service to the Society and outstanding leadership to the profession.

Among his writings, he has frequently been published in The Trusted Professional, the newspaper of the NYSSCPA, and the New Accountant – High School Edition, for which he wrote “CPA: Career for a Lifetime.”

J. Michael holds a Bachelor of Science degree from Fordham University’s New York College of Business Administration. He has been married to his wife, Barbara, for 43 years.